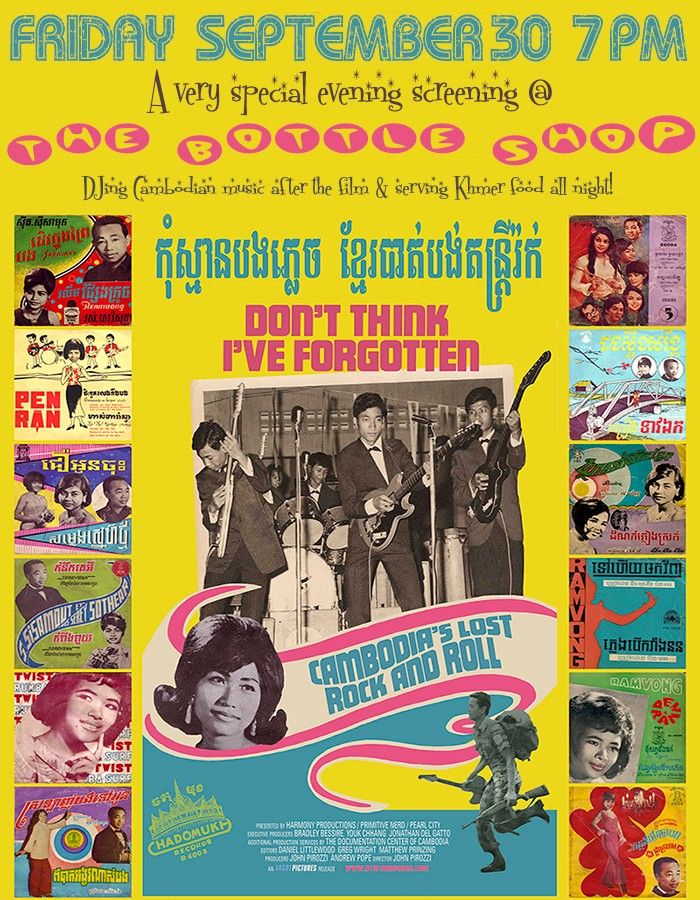 30 Tháng Chín 2022
THỨ SÁU
Chia sẻ
After taking over the country on 17 April 1975, the Khmer Rouge began wiping out all traces of modernity and Western influence in Cambodia. Intellectuals, artists and musicians were specifically and systematically targeted and eliminated. The rise of the Khmer Rouge spelled the end of the booming pop scene. Foreign sounds were banned and only traditional music was allowed.
We are delighted to have Brad Bissere, one of the film's producers, join us and introduce the film as he did at the Hanoi premiere. This long-awaited 2nd screening of John Pirozzi's film, 10 years in the making, documents the nearly lost story of Cambodian rock 'n' roll - "Don't Think I've Forgotten". The film is a celebration of the incredible music that came from Cambodia and explores how important it is to Cambodian society both past and present.
"For anyone interested in music, culture or SE Asian politics the film provides a unique narrative and and perspective on a country usually associated with only with war and genocide."
-- Brad Bissere, Producer
After the film we pull out the decks for an evening of 60s and 70s Cambodian rock 'n' roll on vinyl with DJ Giles Davis and DJ NaiBan.
With Chicken Amok served up by Sophal Thach and her Khmer Kitchen, enjoy an evening of film, music and food in the Backyard beer garden at The Bottle Shop on Friday 30 September.
FREE ENTRY!!
Địa điểm The Bottle Shop, 25B, Ngõ 12 Đạng Thai Mai,Hanoi, Hanoi
chương trình & buổi hòa nhạc
Cập nhật thông tin